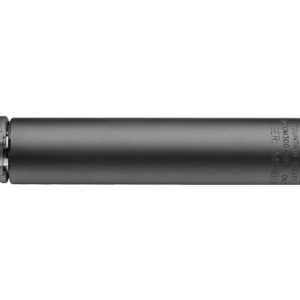 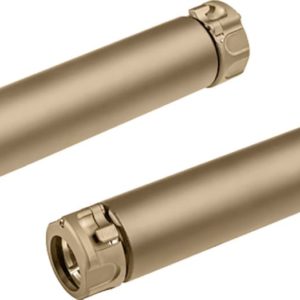 Originally released in 2012, the SOCOM Series Suppressors were selected by US Special Operations Command as first among all competitors, the most extensive and rigorous suppressor evaluation in history. The awarded full-length suppressors cover all aspects of performance to include effective reduction of sound attenuation, flash and dust signature, and also received the USSOCOM official safety verification in support of fielding. Additionally the suppressors were designed for optimum durability and service life. Since then the SOCOM suppressor has been sold to military units and police departments throughout the United States and the world over within allied NATO countries.

Initially introduced in early 2015, the SOCOM2 suppressors have minimal increase in capability than that of the SOCOM option, and have had a significant increase in production capability. Now when using computer controlled laser welding there is a significant decrease in production cycle-time, thus a reduction in cost, which has been passed along to the end-user offering the best suppressor product available at a lesser price.

The SOCOM2 suppressors continue to be constructed of advanced high-temperature alloys and stainless steel featuring a redesigned internal venting system to additionally reduce back pressure and in some cases a further reduction in sound attenuation. Ascetically the visual difference of the SOCOM2 suppressors is a new recessed end cap.

There is no change in suppressor adapter attachment between the SOCOM and SOCOM2 suppressors. The SOCOM 3-Prong Flash Hider, Muzzle Brake and WARCOMP option adapters are designed for use with weapons system from carbine through machine gun variants.

Like all SureFire SOCOM Fast-Attach models, the SOCOM2 produces minimal consistent shift in impact, if at all, compared to that of the unsuppressed weapon. As always SureFire suppressors are designed and manufactured in the USA.